Last year I became an official ambassador for Polar Bottle USA. I’ve been using Polar bottles since I started cycling in sunny Sicily and for me they are hands down the best water bottles to use in warm weather conditions. I keep them in the freezer overnight and take them out one hour to two hours before my ride. This way the water will stay cold for up to 3-4 hours.

I have posted several Polar Bottle-themed images on Instagram, Twitter and Facebook and because several people were wondering how they were made, I decided to show you how I photoshopped them.

The first Photoshopped image was inspired by Marvel’s Infinity war. I didn’t like the movie as much as many did, but I did like the “Thanos dust effect”, so I decided to get myself “Thanosed” (not a word, but you know what I mean).

I asked my girlfriend to take several pictures of me so I could choose one for this project. I went with this one: 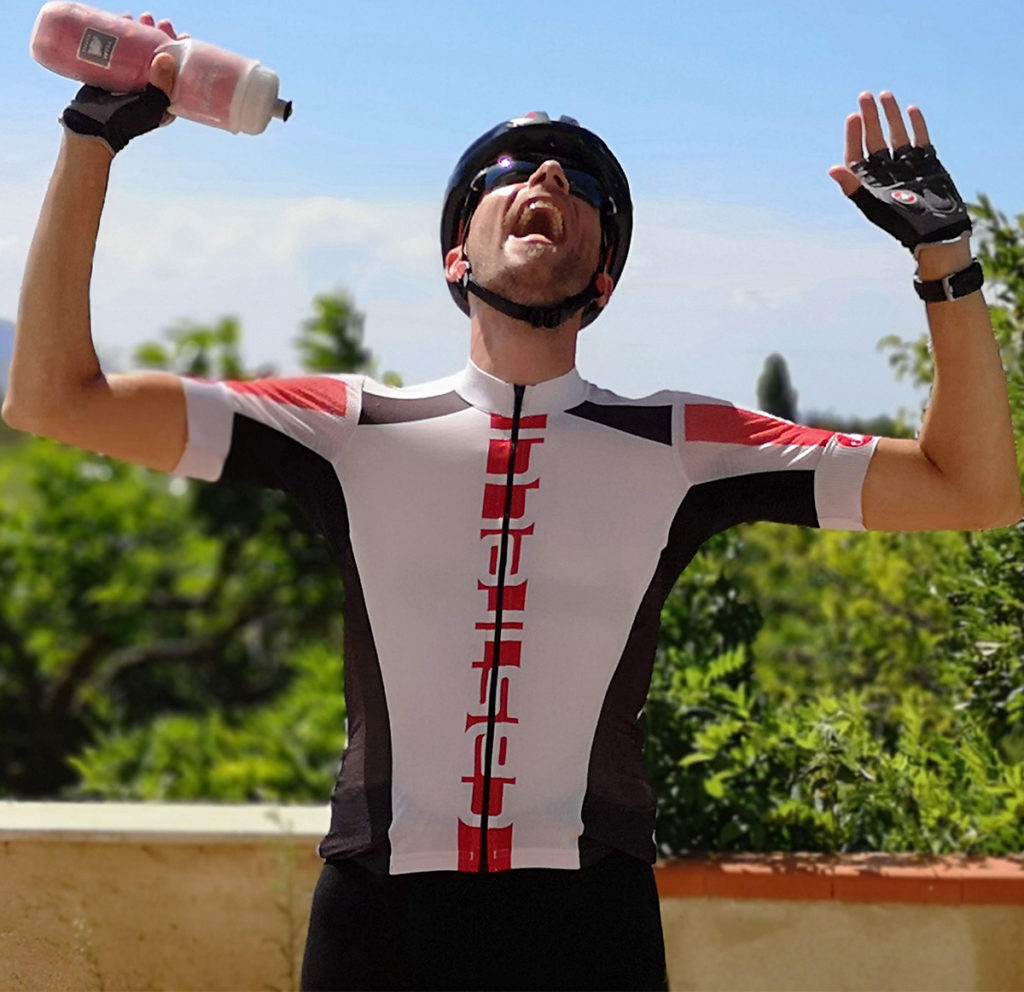 Posing on our terrace

The background wasn’t wide enough, so I chose a picture I took on a climb to the town of Grisì to use instead.

The original image used for the background

To match the sunlight direction I flipped the image. I thought that the tree in the background was distracting so I moved it to the side. Because I wanted to blur the image I didn’t mind the obviously Photoshopped area next to the tree.

The flipped background with the moved tree

I didn’t want the background to distract from the subject, so I blurred it a bit.

Then I pasted the image of myself onto the background.

Pasted myself on the blurred background

The Thanos effect was made in three steps:

1. Adding cracks and deleting some parts of the image
2. Adding the dust effect in several colors, based on the colors of the image
3. Adding dust clouds and other particles

And here’s the final result with the caption “Today I feel so strong, I feel like a superhe… No…! Noooo…! Thanoooooooooooooooos!!!”

Always take enough water with you!

I came up with the idea for the second image when one of my clients during a guide bike ride was wondering whether two 700cl Polar bottles weren’t a bit too much. I explained him that there are few places where you can get drinking water when you ride inland, so it’s important to bring enough water with you, especially on hot sunny days!

My two source images were a photo of a Polar bottle, which I shot on our porch and one of myself on my road bike, taken by my girlfriend. She took over 30+ pictures because she knows I’m picky, but luckily at least one could get the thumbs up… 🙂 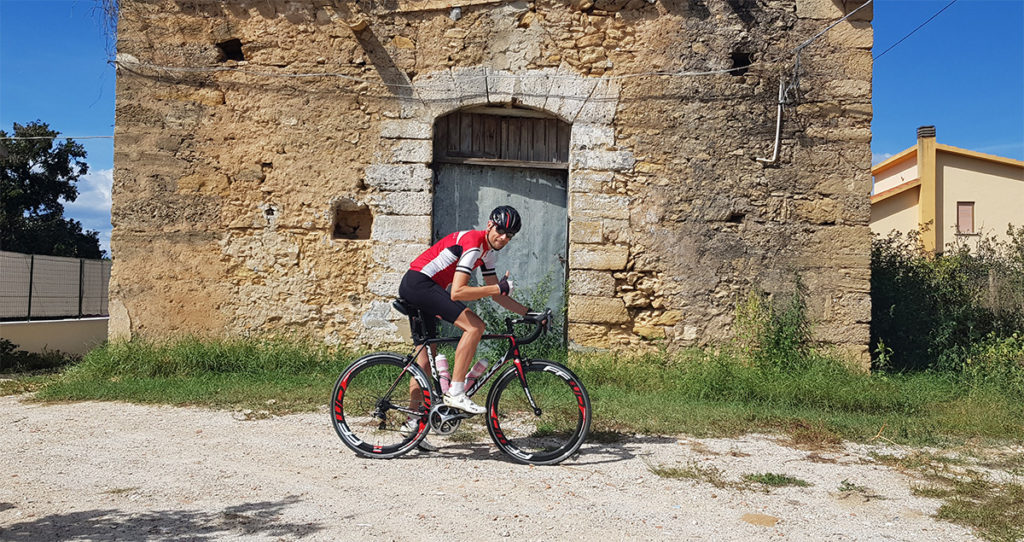 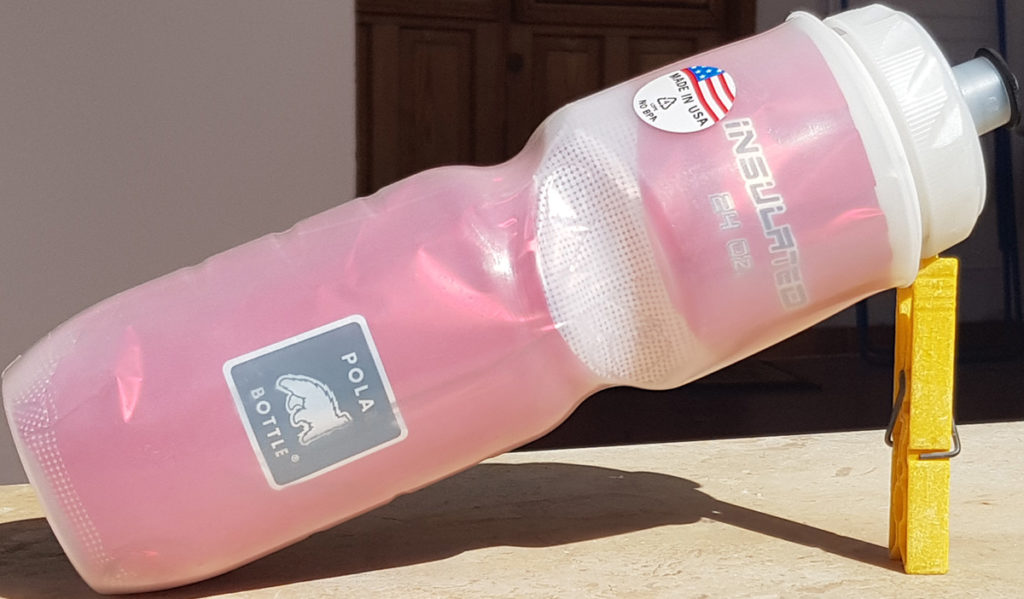 One of my Polar bottles

I cut out the bottle and placed it on my back. 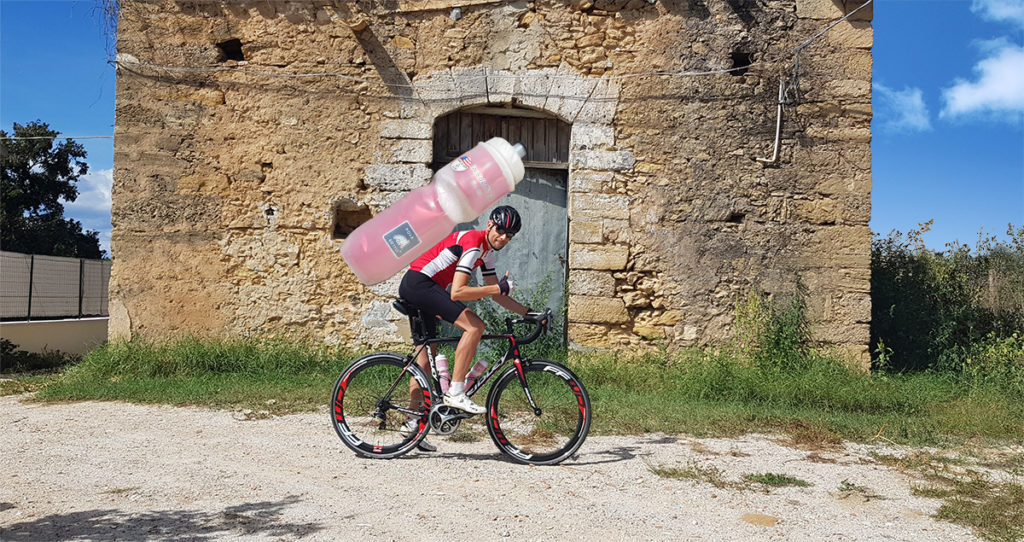 Polar bottle on my back

Clearly, This didn’t look good yet, so I added some shadows on the ground, on my back and on the bottle itself. 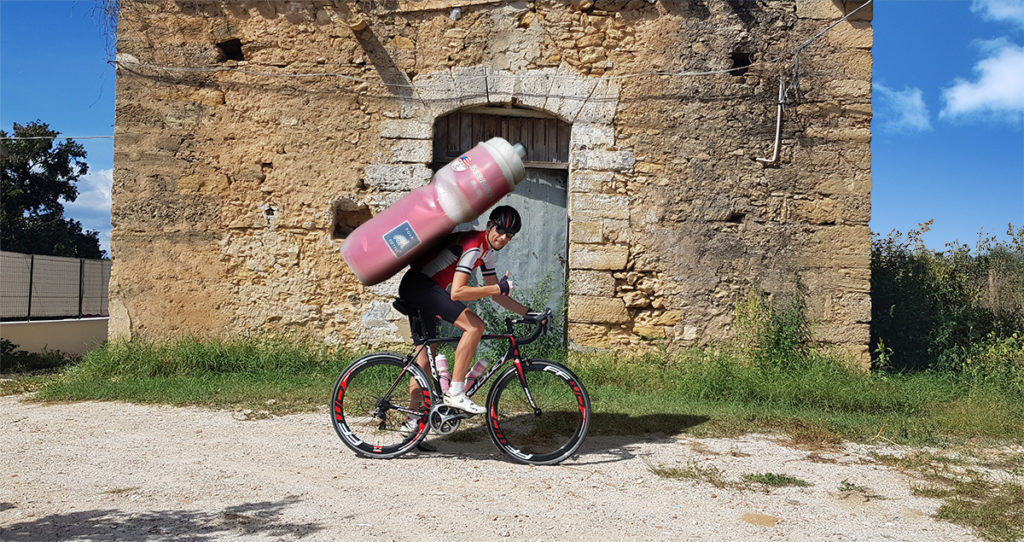 The result with the added shadows

I finished the image by adding some straps to hold the Polar bottle and by tweaking the colors: 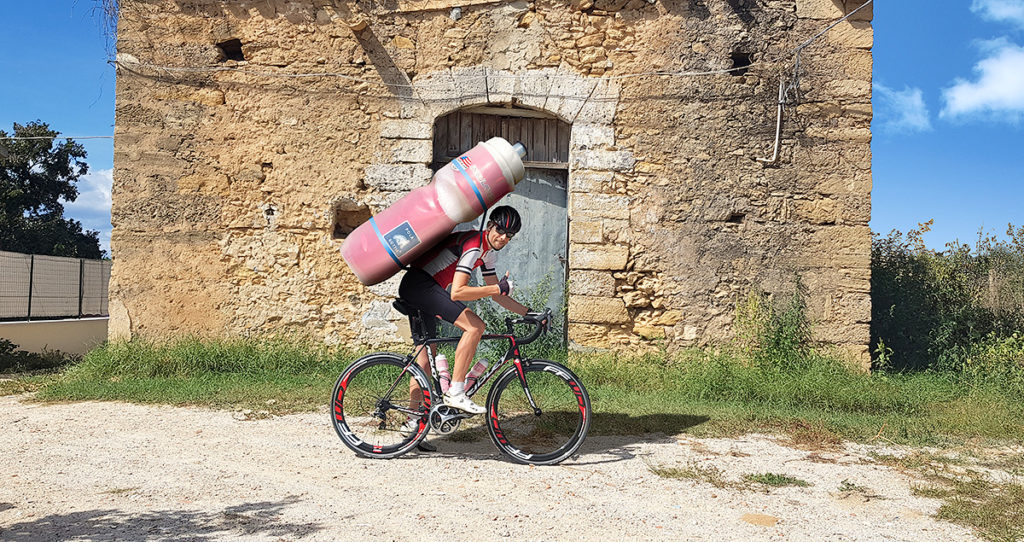 I’m 1.83m tall. If that bottle were real, how much water could it contain? Let me know your estimate in the comments!