After a long tourist season I finally have some time to write on my blog and properly thank Ridley Bikes. Why thank this bike manufacturer from Belgium you might ask? Well, here’s why:

My first road bike was as Ridley Excalibur, a really nice carbon bike with Ultegra groupset. I bough a size L but after many kilometers on the bike and a bike fit I came to the conclusion that a size M would be better for me. So what should I do, just buy a new frame and use the hardware from the current bike or buy a new bike? I quickly concluded that a new bike would be the best solution (for so many reasons :D), so I started to look at the Orion, the model that replaced the Ridey Excalibur. While surfing on the Ridley website I saw the new Helium SL. My friend Giuseppe from Eurobici in Partinico already told me about it when he came back from Eurobike and he was as enthusiastic as I was, looking at the pics and specs. So I decided I really “needed” the Helium SL and started the difficult process of choosing color/design. Those of you who follow me on Twitter have seen the two designs I narrowed it down to:

I finally went for the team Lotto-Belisol version and ordered the bike in the autumn of 2012 and the delivery date would be somewhere at the end of January 2013. While waiting for my new bike I came across a photo of Jurgen Van den Broeck’s frame, with his name on it: 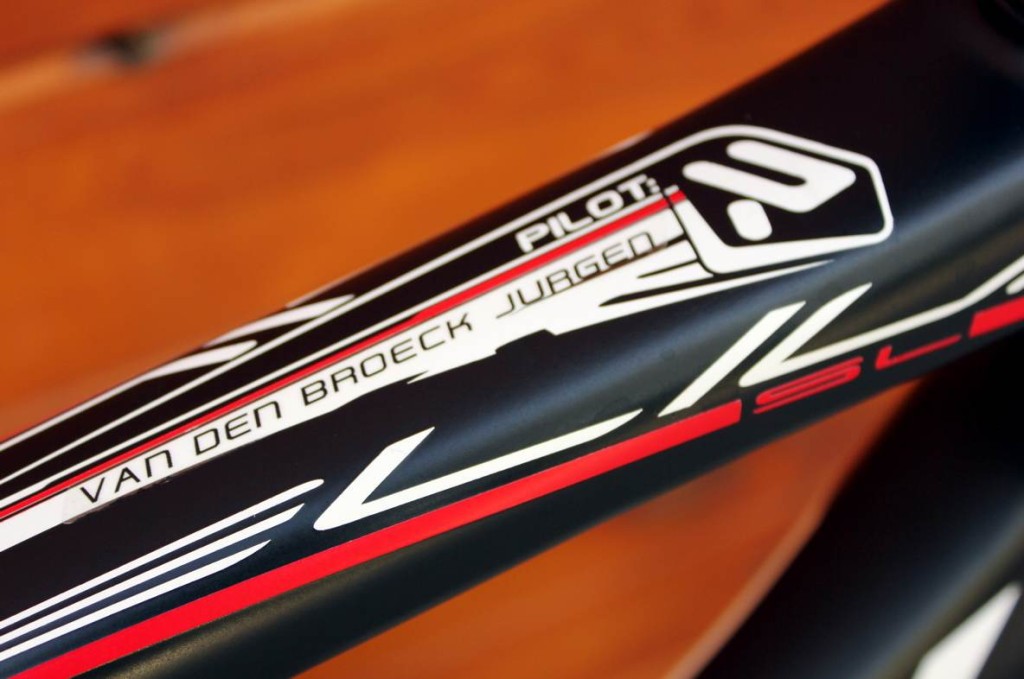 With some Photoshop I changed his name into mine and posted the picture on Twitter: 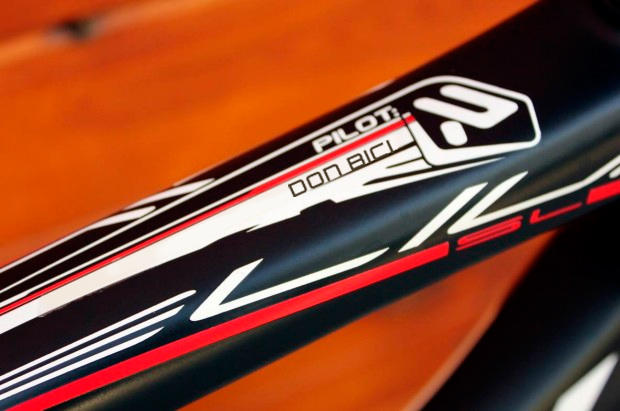 Pretty soon after having tweeted that pic, Ridley reacted and tweeted “We can probably organize that for you!” Having my name on my bike would be awesome, so I directly contacted them to see whether it could be arranged. Unfortunately my frame had already been painted, so it was impossible to add it. Too bad! It would have been nice, but as soon as my new bike arrived I just enjoyed every minute of every ride. 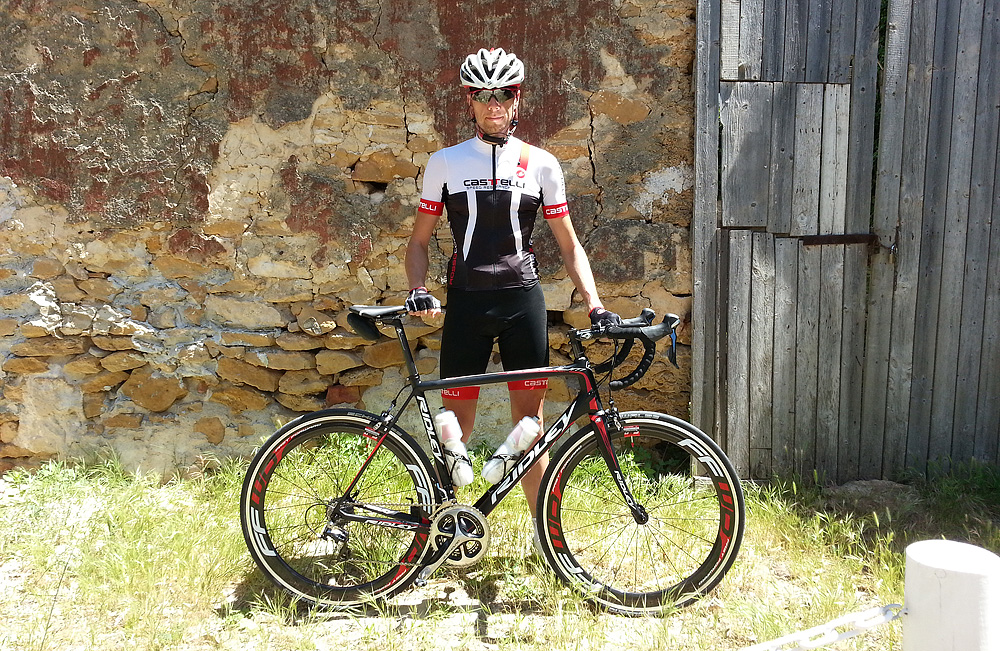 Me and my Ridley Helium SL

Then in November 2013 a small piece of the frame broke off. Ridley offered to replace the frame under warranty and gave me two options: either choose an available frame (with different colors/designs) or wait several weeks for a frame with the team design, which had to be painted. I decided to wait so I could get “my bike” back.

On January 21 Eurobici called me to tell me that my bike had arrived and that I could come and pick it up. When I arrived at the bike shop and saw my bike I was pleasantly surprised: on the bike frame was written “Pilot: Don Bici”… Ridley remembered I wanted that, wow! 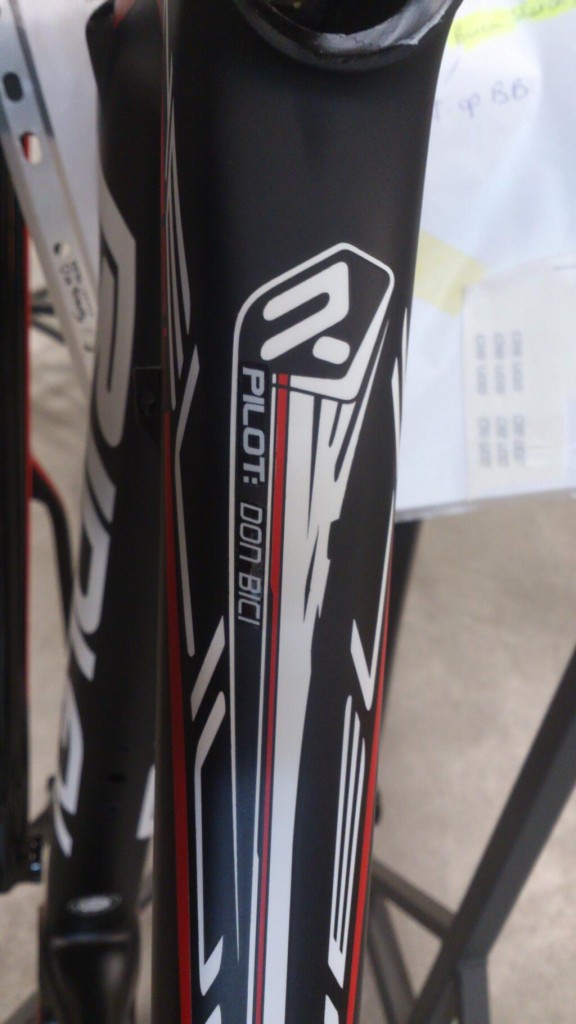 A great surprise when I came to pick up my bike! 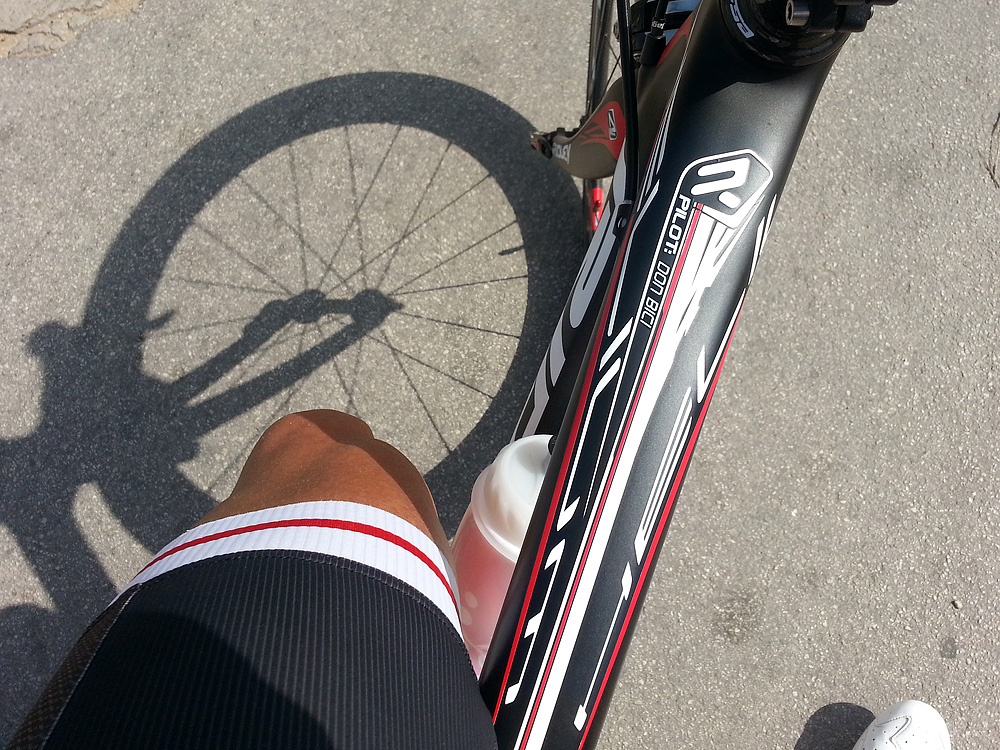 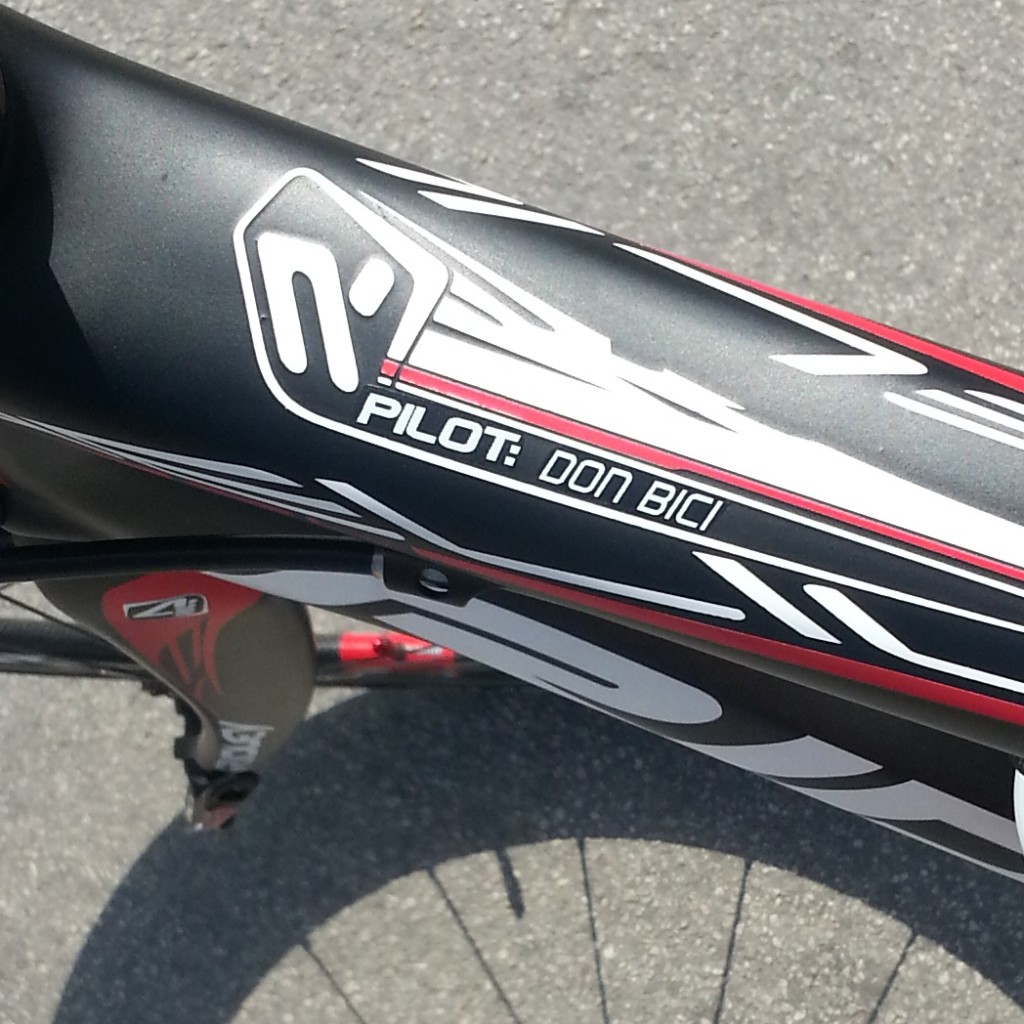 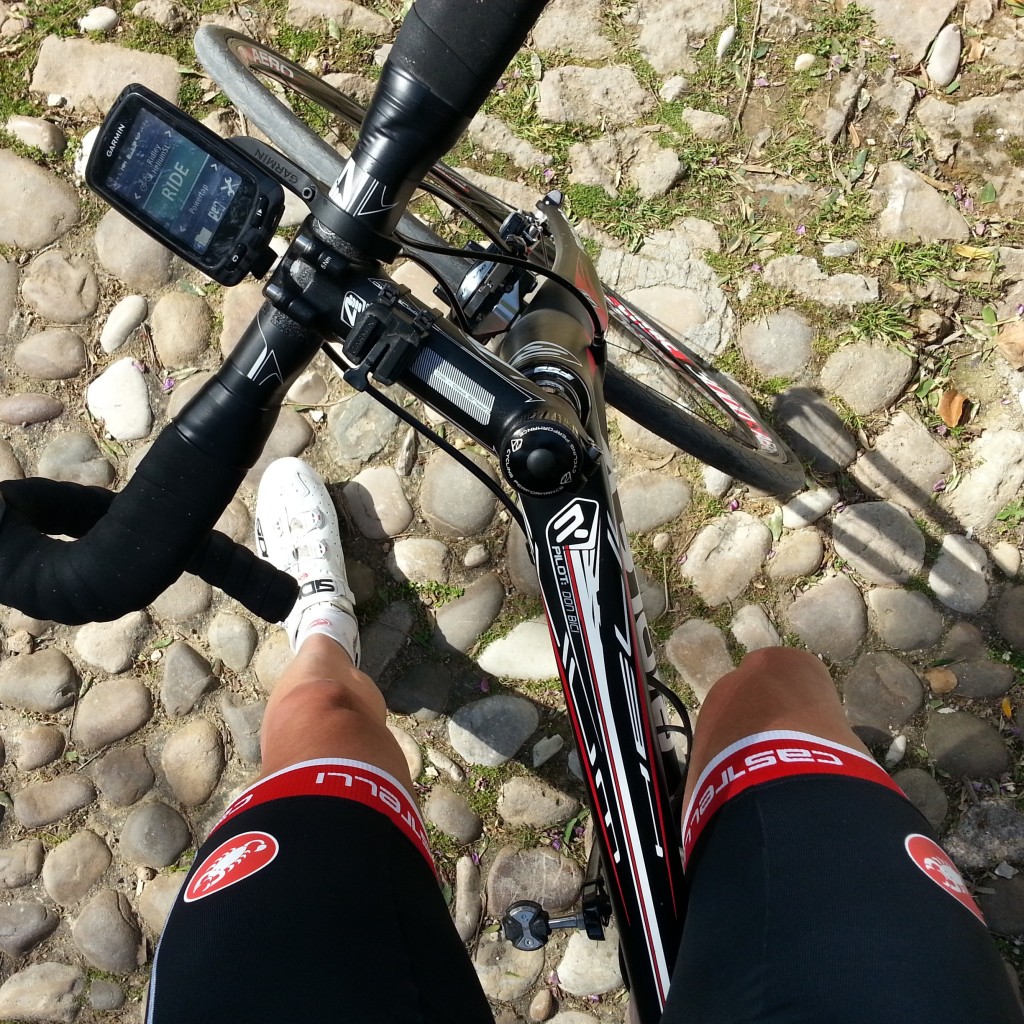 Off for a bike ride! 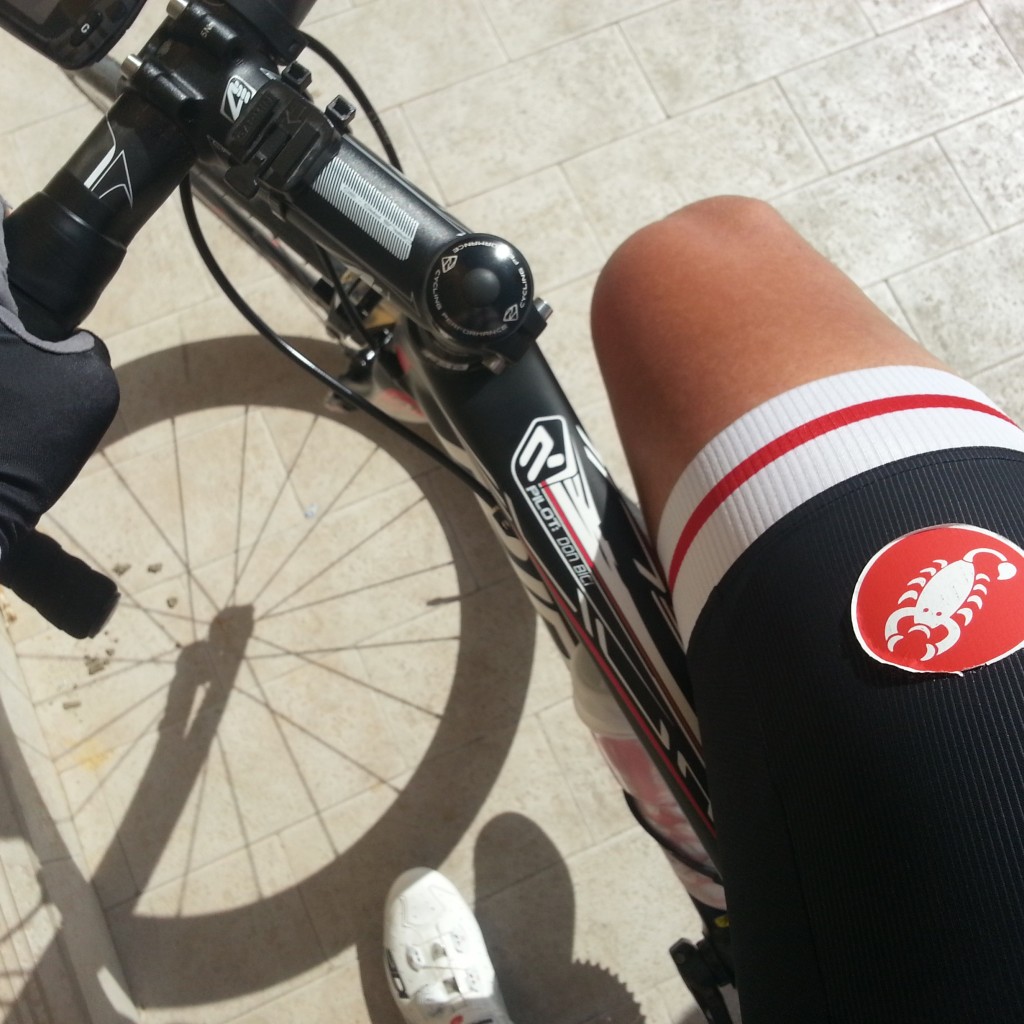 I have contacted Ridley in January to thank them for this amazing surprise, but writing about it on my blog was long overdue. So Ridley, grazie mille! Since I have “Pilot: Don Bici” on my bike, I’ve been flying up those Sicilian hills! 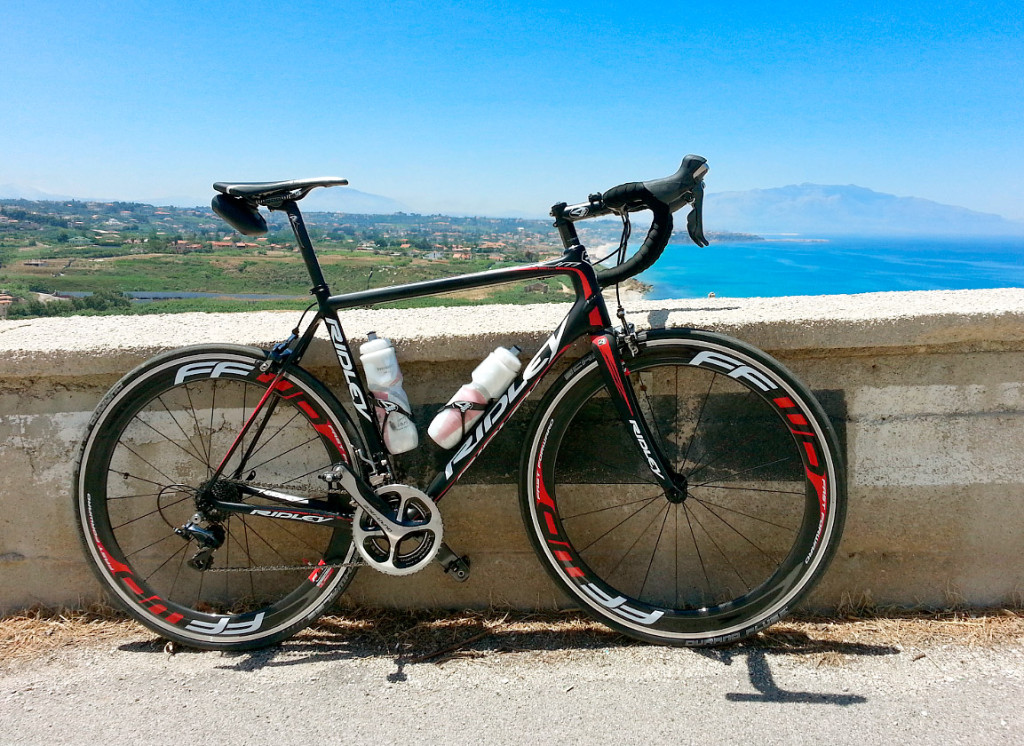 My Ridley Helium SL close to the town of Trappeto, Sicily