Testing the Schwalbe Pro One tires

Since I bought my first road bike, around 5 years ago, I have ridden nearly 50,000 km in sunny Sicily. While that may not be particularly impressive, I believe the fact that I never had a flat, sure is! So, are the roads on this island paved to perfection? No, not really. I was just lucky my bike shop advised me to go with Schwalbe Durano Plus. This tire has a gel layer that helps prevent punctures. For me they are the perfect tires and several pairs lasted for over 10,000 km. 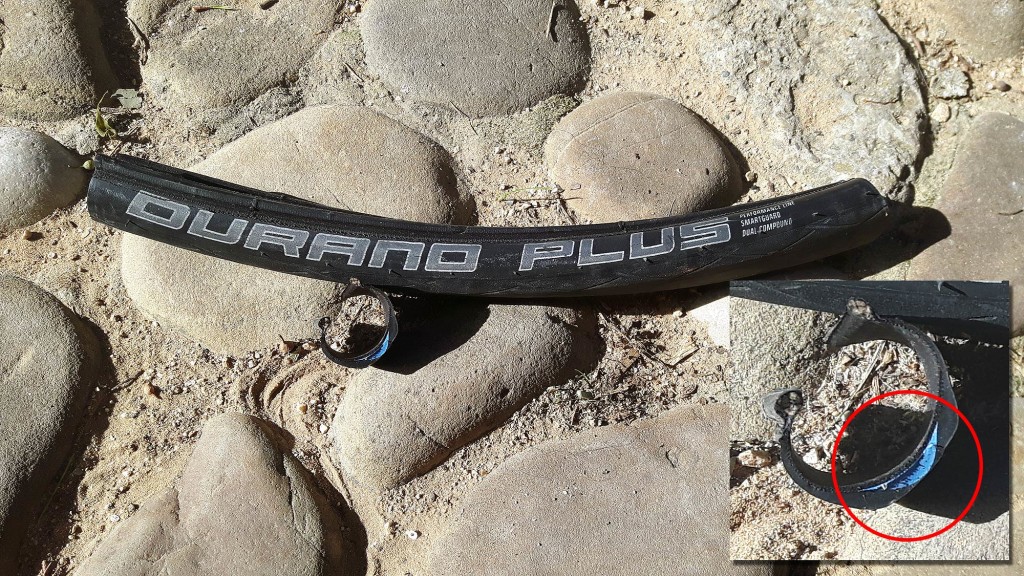 I did always wonder whether the Durano Plus tires were much slower than other tires. I don’t race, but I am quite competitive on Strava, where my current tires haven’t prevented me from getting some good results. I decided to do some research and see what makes a tire fast and whether a faster tire would be a better option for me.

Here are some aspects that affect speed:

While wider is faster, you don’t want to go much wider than your rims. I checked and my Fastforward rims can handle 23 and 25mm tires, so 25mm is as wide as I can go with the current setup.

Tire pressure:
Until about a year ago, I always inflated my tires to the max (around 140 psi) and they felt fast to me. Then I decided to drop the pressure just a bit, to have a bit more comfort on the bike. When I started to read several articles about tire pressure, I realized that I was doing it wrong. While at first the tire will roll faster as the pressure goes up, the performance eventually will level off at a certain pressure. When the tire pressure is too high, the suspension effect is lost and that pushes the rolling resistance back up. The higher the tire pressure, the more suspension losses you’ll have, which will cancel out any reduction in rolling resistance you obtained. So using less pressure is a smart thing to do, especially on bad roads.

I’ve been testing lower tire pressures for a few weeks now and while less pressure doesn’t feel as fast, it clearly isn’t slowing me down and it makes for much more comfortable rides.

Tire weight:
A light tire is easier to accelerate, due to the lower rotating mass of the wheels. When riding at more constant speeds, this factor is less important.

Tire type:
I use clinchers, but many manufacturers believe that tubeless is the way to go. Tubeless tires provide clear advantages in speed, comfort, grip and puncture protection. They avoid unnecessary friction between tires and tubes, which reduces the rolling resistance even more.

So, by lowering the tire pressure, I already made my bike faster. Going for tubular tires also sounds good, but my wheels aren’t tubeless ready, so for now I’m sticking with clinchers. But what difference would a lighter tire without gel layer make? Schwalbe was kind enough to send me two Pro One tires and let me find that out! 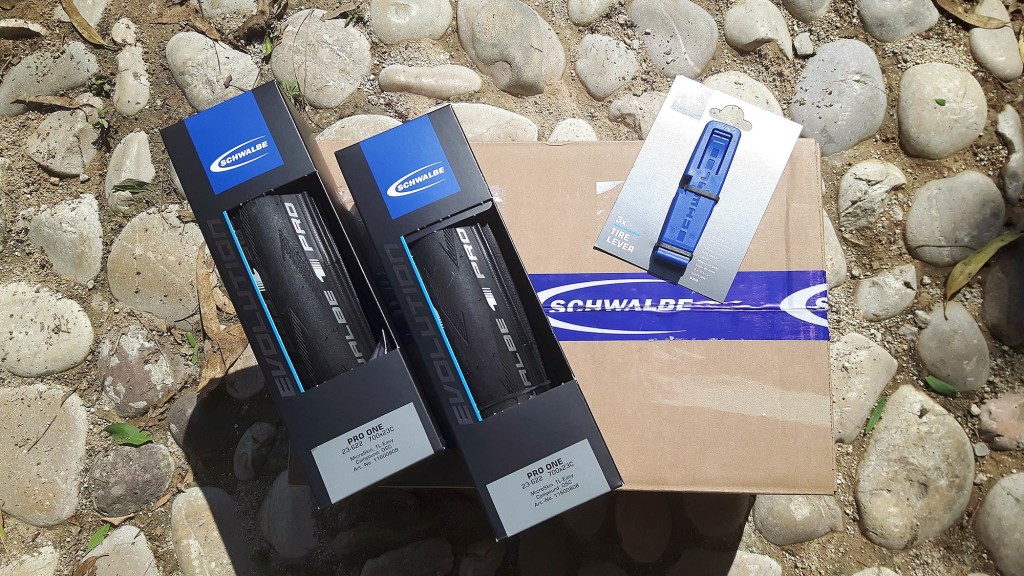 A package from Schwalbe

The Pro one is one of the fastest Schwalbe tires and weighs 235 grams, so I was curious to find out what difference the Pro Ones would make compared to my trusted Durano plus tires (340 grams per tire). I tested the tires with inner tubes (even though the Pro ones are better tubeless), on the same wheels, during similar wind conditions, on different stretches of road, on climbs and on descents. Clearly my testing can not be defined as scientific, but I figured that by repeating the tests over several days, the faster tires should show better results, especially because on paper there’s around 20 Watts difference in rolling resistance…

First three days of testing on the Durano Plus tires 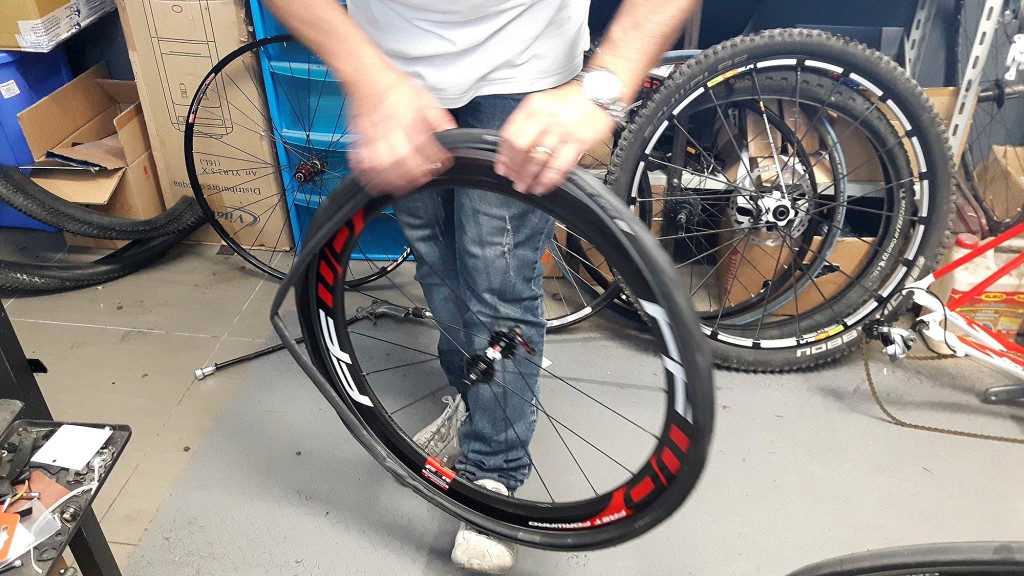 Time for the Pro Ones

First impressions: The Pro Ones feel faster on climbs and have better grip (so better cornering). Here are the tests I did and the results:

Test 1 – rolling downhill:
Close to the coastal town of Trappeto there’s a short, 1.1 km descent. I marked the start and let the bike roll down to the bottom of the hill. I didn’t pedal, held the same position and followed the same line every time. The average time out of 5 tests it took on the Duran Plus, was 2 minutes and 26 seconds. After doing the same test on the Pro Ones for 5 times, I calculated an average of 2 minutes and 18 seconds. 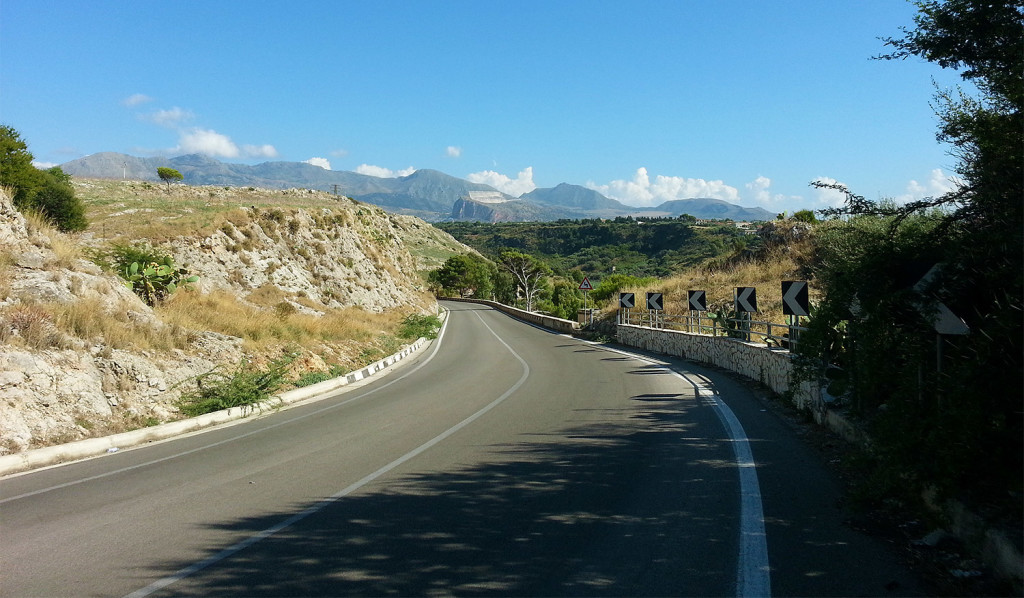 Rolling down the hill

Test 2 – Short ascent 1:
On a short 800-meter climb I tried to keep the power at 260 Watts and then measured the time from start to finish. I did this test 5 times on both the Durano Plus and the Pro Ones. I averaged 264 Watts on the Durano plus and it took me 3 minutes and 21 seconds to get to the top. On the Pro Ones the average power was slightly lower, 262 Watts, but the speed was clearly higher, seeing that the average time was 3 minutes and 12 seconds. 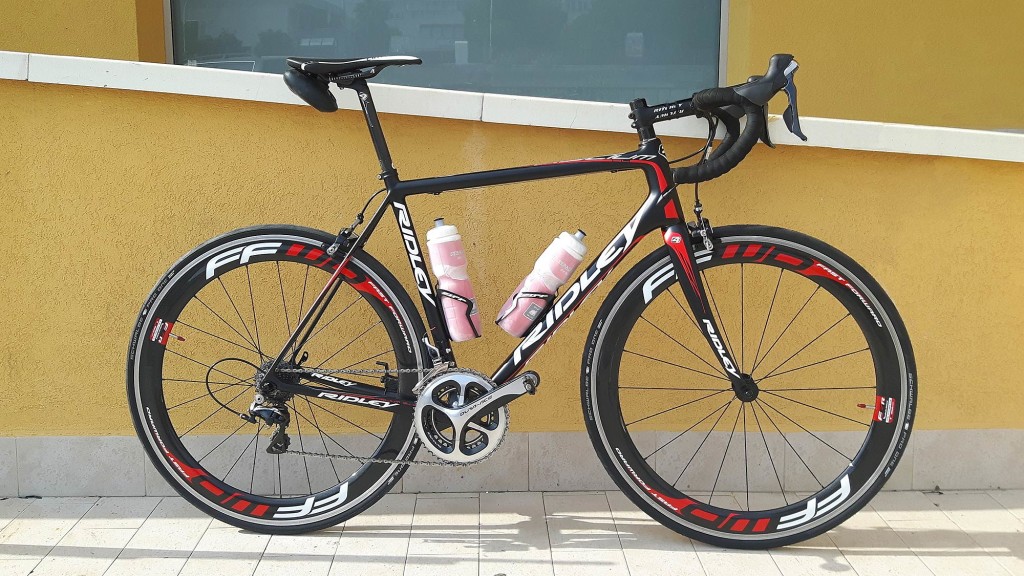 Testing the Durano Pro One tires

Test 4 – 4.2 km hilly stretch:
I did this test on a stretch of road where I very often ride my bike during shorter lunch rides. Here I decided to use the same gear and cadence (90 rpm), every time I passed. After 5 tests on both the Durano Plus and the Pro Ones, the average difference was clear: The average power on the Durano plus was 170 Watts and the average time it took me was 8 minutes and 32 seconds (29.8 km/hour). On the Pro Ones the average power was a bit lower, 165 Watts, but the average speed was 31 km/hour, so it took only 8 minutes and 8 seconds to arrive at the finish line.

Because it was easier to keep the same average speed, power or cadence on shorter stretches of road, I didn’t do tests on longer climbs. However, because the difference in speed was already significant on these shorter climbs, descents and hilly stretches, we can safely conclude that the difference on longer climbs or descents will be even more impressive (which is also confirmed by the noticeable improvements on longer Strava segments after changing to Pro Ones).

I’d also like to point out that in none of the tests, the Pro Ones were slower, so the calculated Pro One averages are all based on faster times than those done with the Schwalbe Durano Plus tires.

So, Pro Ones for me? Well, I do like the fact that they are much faster than the Durano Plus, but there’s still one question that hopefully will take a while to get answered: how many kilometers can I ride on the Pro Ones without getting a flat?

If faster tires mean much more punctures, then I know what tire to choose: Durano Plus. But if these Pro Ones will also stay inflated for thousands of kilometers, then I’ll clearly stick with those.

PS Schwalbe sent me the Pro Ones in exchange for my honest opinion about the performance of these tires. They didn’t influence the test results or any other part of this blog post.