Even though I started cycling on a MTB and the fact that I thoroughly enjoyed it, I always wanted to try a road bike since I watched the epic mountain stages of the TDF and I fell in love with the sport. By accident – even though my gf finds this hard to believe… – I came across a small bike shop in the town of Partinico. Even though the square footage wasn’t impressive, the choice of bikes, bike clothes and accessories was. I was approached by Giuseppe, who ran the store and who asked me whether he could be of service. I told him I was just wanted to take a look at their road bikes and maybe get some advice on which type of bike would suit me.

Giuseppe showed me around and we talked for over an hour about cycling, bikes and possibilities. We came to the conclusion that the Ridley bikes Excalibur would be an excellent bike to start. I thanked him for his time and told him I’d needed some time to think about it. It was literally the next morning that I showed up again at Eurobici, where I ordered my first road bike…

Time for a bike ride! (Isn’t it always?) 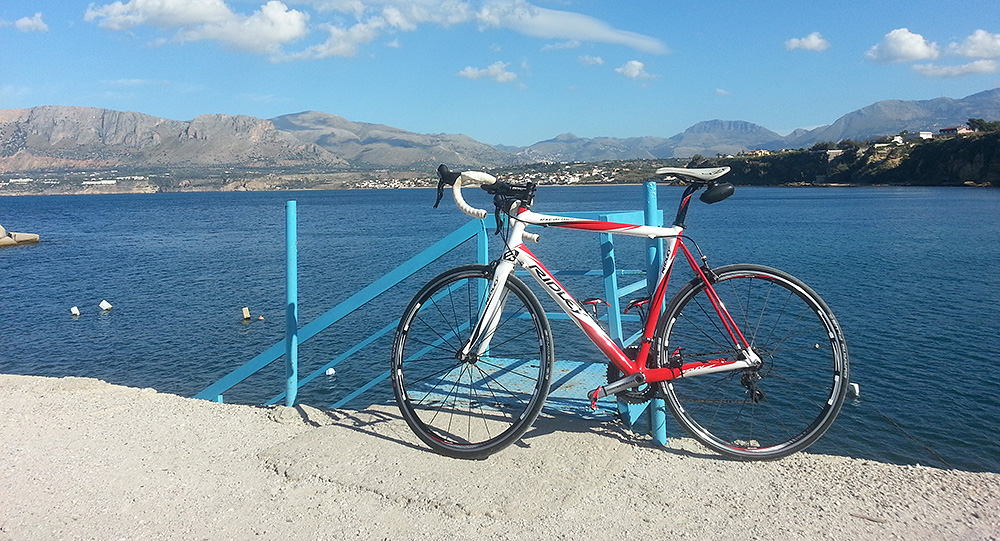 My Ridley Excalibur in the harbor of Trappeto 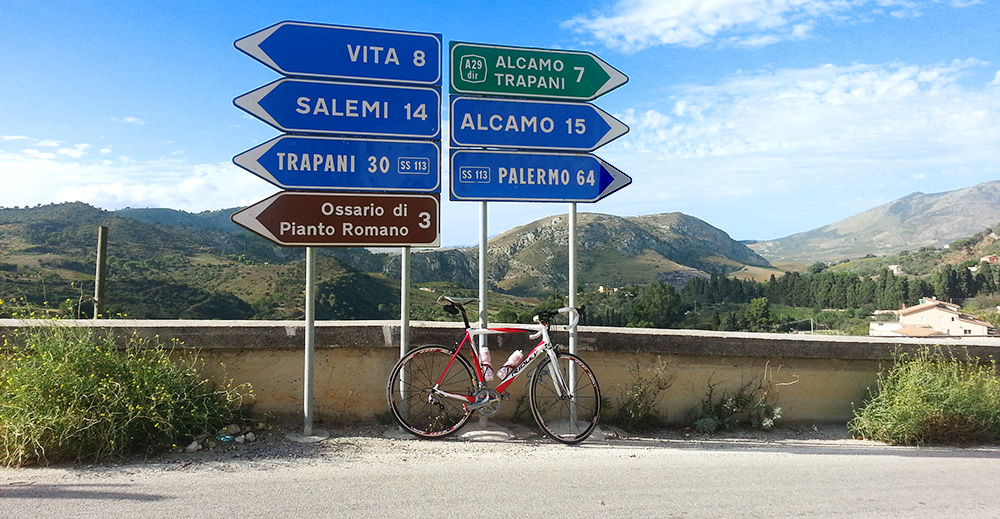 My first road bike, the Ridley Excalibur, near the town of Calatafimi

After the short waiting period that seemed ages (I found out it always does when you order a new bike), Giuseppe called me to tell me King Arthur’s sword had arrived. I picked it up right away and an hour later I was riding the first kilometers on my new bike. It took me a while to get used to the narrow handle bars and the different seating position, but I knew one thing for sure: I was hooked! 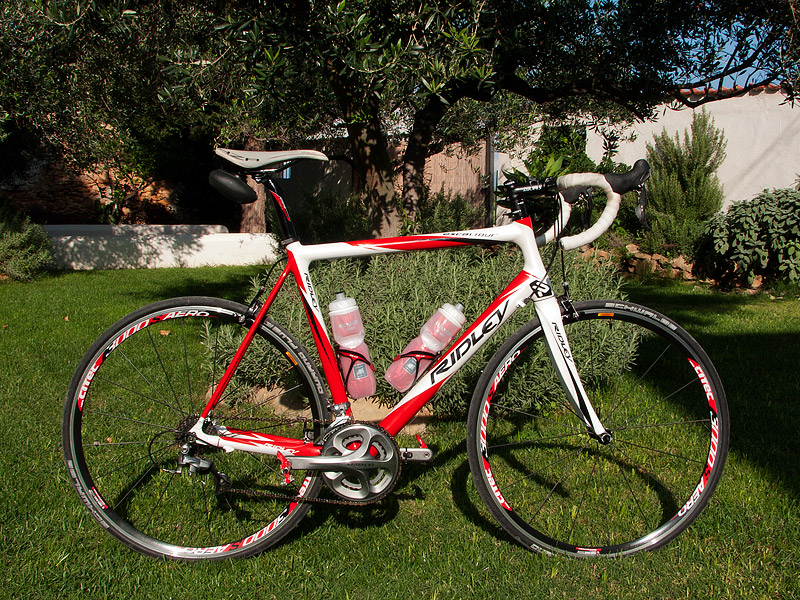 My Ridley Excalibur after I bought some new wheels

I really liked my Excalibur, whether I was climbing or descending and whether the road surface was smooth (yes, you’ll find some nice roads here) or anything but and it was the subject of many pics that were meant to show the beauty of this part of Sicily. 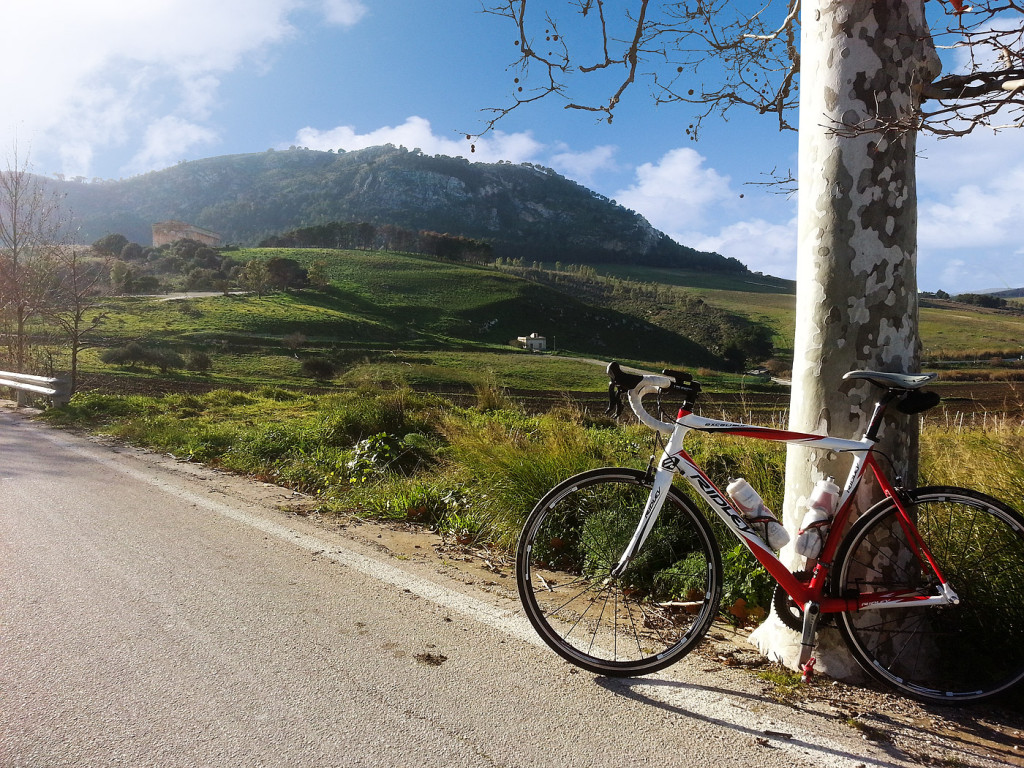 My Ridley Excalibur near the temple of Segesta

After lots of kilometers in the saddle I decided I needed (read: wanted) an even better bike, so I ended up ordering a Ridley Helium SL. I kept my trusty carbon Excalibur and used it on the Tacx and as a winter bike. The one problem I had with switching between bikes, was the fact that the Excalibur was a size L, while the Helium SL is a medium (a more elaborate bike fit told me I’d better go for a medium and in fact, medium is clearly the best bike size for me). So every time I went from one bike to another I had to get used to a different seating position. Not the end of the world, but not ideal either. And where does a not so ideal bike situation often take you? Right, to buying a new bike! So last week I left my trusty Ridley Excalibur at Eurobici. I’m sure I’ll miss it, but I’m also looking forward to my new winter bike, a Ridley Fenix SL!